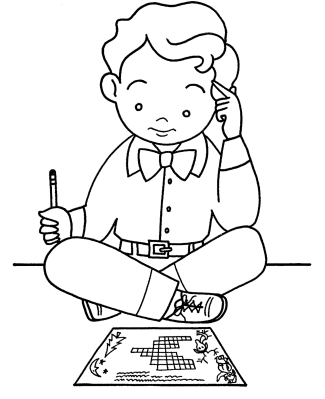 Introduction: What is a REST API?

REST API is an acronym for Representational State Transfer Application Programming Interface. It is a software architectural style for designing web services which uses HTTP requests to get data from the server and HTTP responses to deliver data to the client. REST APIs are often used in conjunction with JavaScript frameworks like AngularJS, React, Backbone, and Ember.

The REST API has many benefits over other types of web service architectures such as SOAP and RPC. The most significant benefit of a REST API is that it is language-independent because the client can be written in any programming language capable of sending an HTTP request. This allows developers to use their preferred programming language without having to learn new languages or frameworks just to communicate with an API endpoint.

REST is same technology browsers use to talk to servers. You can easily find the code in every programming language to make an HTTP call. Building a REST client is easier compared to rolling out your own implementation. It's simple to understand and scalable since sessions and cookies are not needed. Just because of its a standard, the app knows what is expected by the server and what it can expect in return.

What are the Benefits of REST API?

REST API is an architectural style that lets clients interact with resources.

REST API is built on technologies like HTTP, JSON, and XML.

It is a standard protocol for interacting with Web applications.

The benefits of REST API are:

REST API is a powerful tool that developers should take advantage of. It offers a number of benefits for developers who want to create scalable and maintainable applications.

1) REST API provides an abstraction layer for the data which is accessed by the application, so that the developer can focus on creating the application logic rather than worrying about how to access and store data.

2) REST API makes it easier to scale as you can have multiple instances of your application running at the same time.

3) REST API helps in developing maintainable applications as you can use a version control system to manage changes to your codebase.

REST API is a software architecture style that has been around for many years. The API is simple, lightweight and easy to use. It has been used by developers to create web services and mobile apps.

4) A REST API is a great way to share data between applications and systems in a standardized way.

5) REST APIs are an efficient way to add new features without having to change the original system or application.

6) REST APIs are often easier for developers because they don't have to learn new languages or frameworks each time they want to build something new.

7) Developers can use REST APIs with any programming language, which makes it easier for them to work with other teams that may be using different languages.

The resource can be any real-world object. Let's say I have a coffee shop and I serve coffees and sandwiches. And I decide to make an app to take orders for them. So I will build a REST API to ask the server to

Give details about a particular coffee or sandwich served. Save the orders, make changes in them or remove the entries. Now let's say a customer orders both coffee and sandwich together. I can further think of "order" as an object, a real-world entity. That's exactly what a resource is.

According to me, identifying proper resources (coffee, order, sandwich etc.) is what makes a good REST API design.

/order/32/coffee Now, if 3 coffees were served in order #32. REST API SHOULD give you information about all 3 coffees served. But, I need information only about the coffee #256. So, I will specify the id of coffee (256) served in that order (32).

/order/32/coffee/256 Changing the order number (e.g. /order/64/coffee/128 ) should tell me about a coffee served in another order. With this example, we understand that objects can contain another object. The order contains coffee. An Order contains sandwiches. But coffee doesn't contain sandwich or vice-versa.

/coffee/32/sandwich/256 So the REST API will give some error response if above is asked. If it's nice, it can tell you coffee doesn't contain sandwiches.