How to monetize your API_final? 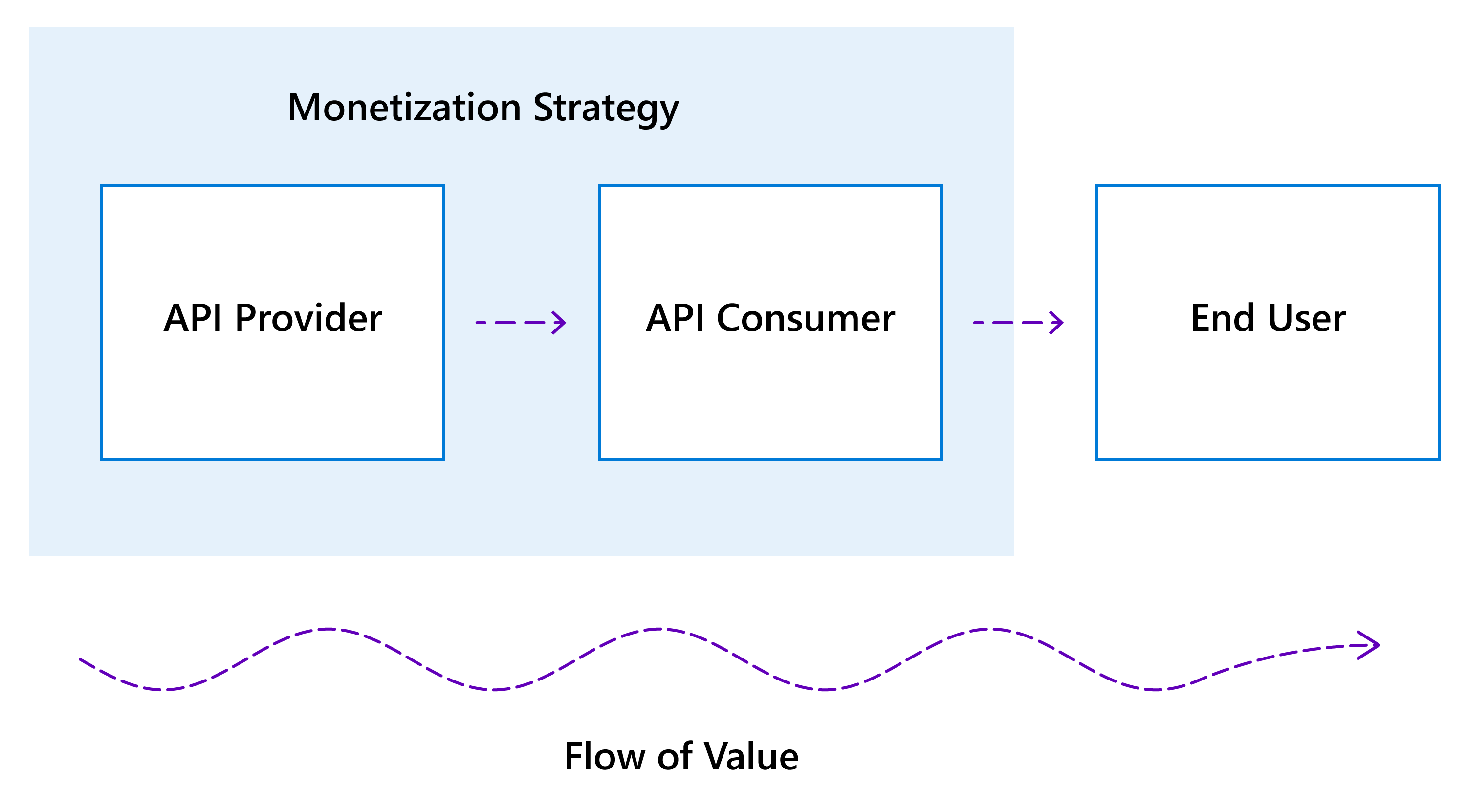 To make money from API & chart your monetization strategy, you need to understand your position in the API ecosystem. The API ecosystem has four different stakeholders in the process - An API Provider, Customer, Consumer & End User

An API Provider is the one who provides the API platform. An API Customer is the one uses the API to connect their website to the ecosystem. An API Consumer is usually a developer who integrates other APIs in their application to connect to their application to that website. An End User is someone who is farthest away from the API & only uses the user interface meaning in form of the final app.

To make an effective API monetization strategy, let us take an example of Amazon Shopping Website.

Amazon has a platform & necessary resources like Amazon API Gateway to build an API. So, they engage with an in - house or third-party developer to build an API to connect their website to the outside world. In this case, Amazon is the API provider & customer both as they are providing the platform to the API developer & using the API that developer creates. In this case, Amazon has the liberty to make their own API monetization models to price their API & charge their consumers as per that.

Now let’s say, a small business ABC, wants to partner with Amazon & connect their retail application to the Amazon shopping website. They engage with an in - house or third-party developer to build an API to integrate with Amazon website. In this case, the developer working for ABC business is the consumer of API provided by Amazon. People using the Amazon app or ABC app on their phone to buy retail products become end users.

As a business, you can become an API Provider just like Amazon & make money on API requests. Building the right API & making the right API monetization models can be a herculean task. Refer the below link for building an API

Like Thomas Edison said, a sale proves utility which in turn proves success. Most APIs are priced as per the value the provide and the consumer’s need for service. APIs are after all a subset of SaaS. And the pricing follows a SaaS structure.

One of the common API monetization models for API Providers is when then developer pays the API Provider. The below are some models:

Freemium - Some features of the API are free. To use all the features, d need to pay.

Pay on you go – Developers Pay as per usage.

Pay as per levels/ tiered – Developer pays as per different level of access.

Point Based: Similar to unit base. This is a niche API monetization strategy.

Commission based/ Royalty Based/ Transaction Based – Where a part of the commission goes to the API Provider on ever transaction.

Referral: A developer gets paid once he onboards customers via his network for usage of the API with the API Provider.

Rate Limiting as a control measure to monitor the API channel

Rate Limiting is a practice used by most API Providers to protect themselves & their consumers. Two the common problems faced by API Providers is volume of data accessed per request & blocking of the channel by one customer. Rate Limiting is good way to solve both problems. It factors in number of requests per second or per minute or any defined time limit. The can measured by using IP address or API key. You can use a number of actions like rejecting a request, adding a surcharge (added API monetization strategy) or informing a customer of too many requests to monitor your channel.